Award-winning duo Yang and Olivia have been the featured recitalists for many
concert associations, performing in 30 some cities across the United States.

Award-winning duo Yang and Olivia have been the featured recitalists for many concert associations, performing in 30 some cities across the United States. They are the silver medalist of the Global Music Award, appearing internationally and in the U.S. highlighted by performances at major festivals and venues, such as Ravinia Festival, Kennedy Center, Oficina Music Festival in Brazil, Algarve Music Festival in Portugal and throughout their homeland China, among others. Violinist Yang Liu is the first prize winner of the 2021 International Artists Award Competition, China’s 5th National Competition, and prize winner of the 12th International Tchaikovsky Competition in Moscow. Olivia is a frequent presenter of MTNA, CMS and other music festivals and conferences, promoting music of Chinese and Taiwanese heritage. They believe music sharing is sharing life and not just a demonstration of technical brilliance and virtuosity. Ultimately, with their performances they want to also communicate their message of faith, love, and joy. In 2018, the duo founded the Yang and Olivia Foundation, advocating diversity, equality, and inclusion through music of different cultures.

Yang and Olivia were both students at the University of Cincinnati when they first met. At the time, Yang Liu was a sought after violinist and a prodigy from China. Olivia was an accomplished pianist combining both scholarly and concert activities. Their life coincided when Yang, a complete stranger to Olivia, was asked at the last minute by Olivia to turn pages for her at her performance. From that moment on, they have been life partners and music partners ever since, sharing stories with audiences through their music. 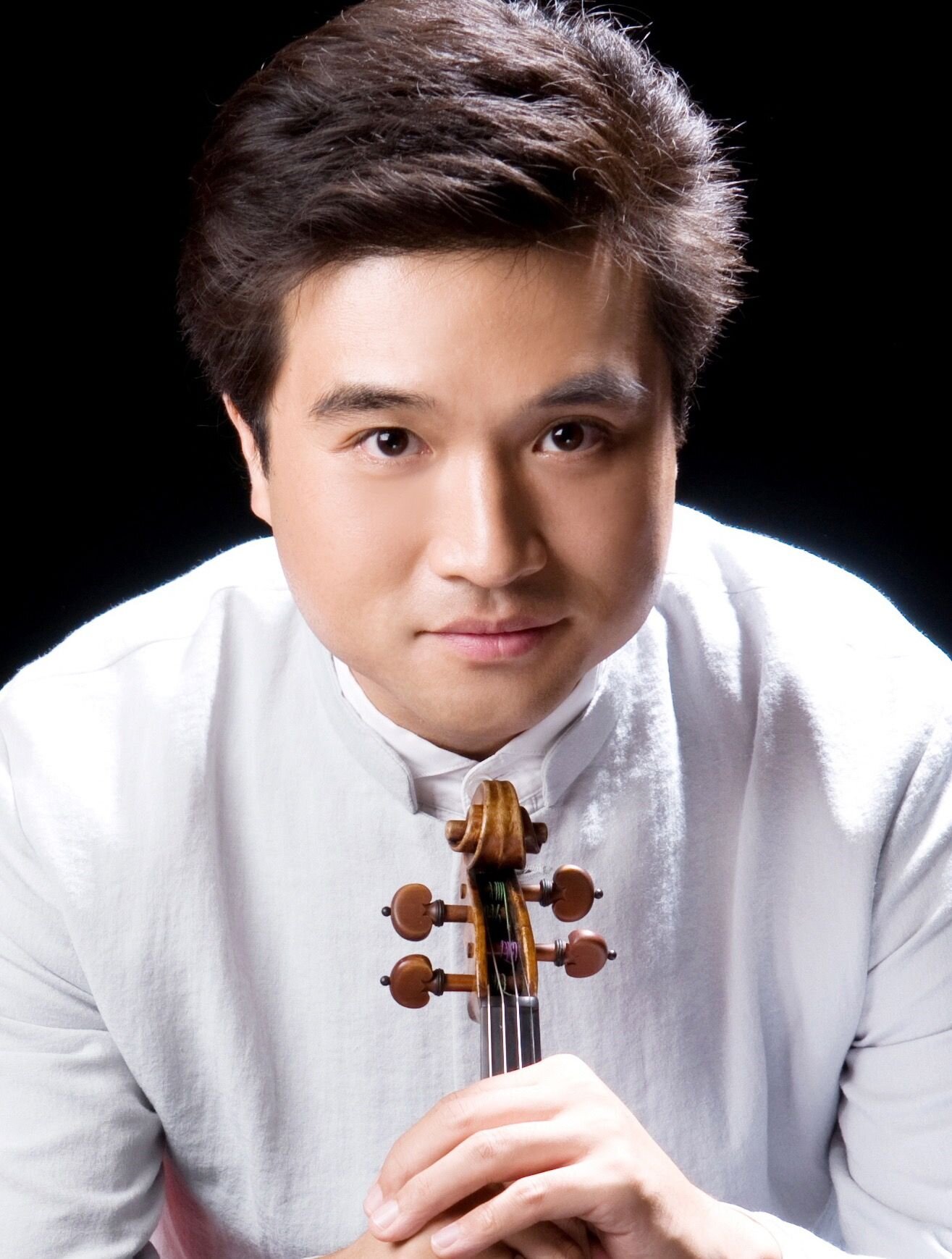 Recently with the Odense Symphony Orchestra, Denmark, under Maestro Christoph Eberle in a highly successful tour throughout China of which a Chinese newspaper commented: “…The Carl Nielsen concerto was soloed by Chinese violinist Yang Liu who gave an absolutely sensational performance which touched the deepest spot of our hearts… Such a musician has been rarely heard for the past ten years…”

He also completes a 5-city tour in China performing the Butterfly Concerto with Qingdao Symphony Orchestra, as part of the China-US cultural exchange initiated by Secretary of State of the US John Kerry, and chairman of the cultural department of China Mr. Luo . 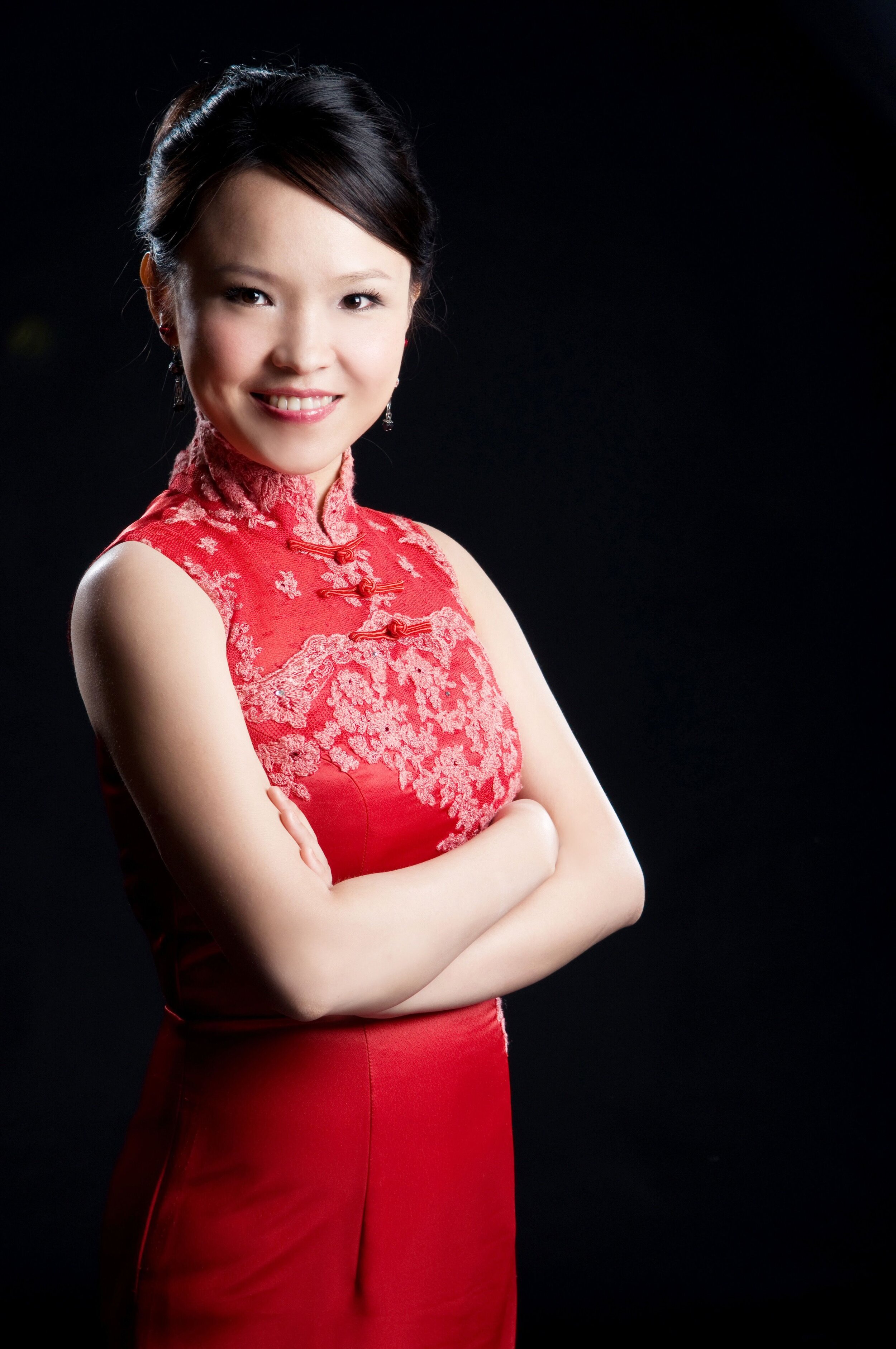 Dr. Olivia I-Hsuan Tsai serves as an associate professor at VanderCook College of Music. In 2020 and 2021, she gave presentations at conferences of Illinois Music Teachers Association, Music Teachers National Association, and College Music Society. Her book “Schubert’s Piano Trios” was published by Scholar’s Press in Germany in 2014. Dr. Tsai is appointed in 2017 as guest professor at Lanzhou Northwestern University. She also performs at many colleges and universities, including Roosevelt University and Northeastern Illinois University in Chicago, Coastal Carolina College in NC and Nebraska University in Kearney.

In 2018, she founded Yang and Olivia Foundation and organized a cultural exchange concert where she performed as part of the diverse and dynamic chamber group Momento Virtuosi, celebrating Qingdao’s Sound of Phoenix Grand Theater grand opening. Since the pandemics, the foundation has helped raise funds for concert venues, individuals in need, and performed for churches and schools via live stream.

Dr. Tsai came to the United States in 1993 not only as a pianist but also a bassoonist. She received her Bachelor of Music degree with high scholastic achievement award in 1996, and Master of Music in both piano and bassoon at Indiana University in Bloomington as Emma E. Claus Scholarship recipient in 1999. She went on to earn her Doctor of Musical Arts degree in piano at the University of Cincinnati, College-Conservatory of Music (UC, CCM) as a recipient of graduate scholarship, where she also served as faculty at CCM’s preparatory department. During her student years, she was the winner of the Buckeye Piano Competition, Graves Piano Competition in the US, and Young Artist Series in Taiwan.

Global Music Silver Medalist Yang and Olivia is a dynamic violin-piano duo who create an unforgettable storytelling event in their program, featuring Chinese folk and western classical. Violinist Yang Liu is the first prize winner of the 2021 International Artists Award Competition, China’s 5th National Competition, and prize winner of the 12th International Tchaikovsky Competition in Moscow. Olivia is a frequent presenter of MTNA, CMS and other music festivals and conferences, promoting music of Chinese and Taiwanese heritage. In recent years, not only have they traveled to more than 30 cities in the United States, they have also been performing and teaching in China, Portugal, Brazil, and Taiwan. Currently they are both faculty of VanderCook College of Music. The duo founded the Yang and Olivia Foundation, advocating diversity, equality, and inclusion through music of different cultures.

Yang Liu’s playing has been praised as “a scorching performance! ” by The New York Times and “…from China, with dazzling talent!” by Washington Post. Yang Liu is the first prize winner of the International Artists Award Competition, China’s National Violin Competition, and a prize winner of the Twelfth International Tchaikovsky Competition in Moscow. He has performed as a soloist with world-leading orchestras including Cincinnati Symphony orchestra, Atlanta Symphony Orchestra, St. Louis Symphony Orchestra, Danish Royal Odense Philharmonic to name a few. His award winning album “Song of Nostalgia” showcases his virtuosity and musicality. His repertoire ranges from baroque to the most contemporary works, and from western classical to eastern traditional. An avid advocate of cultural exchange via classical music, he is a founder of Yang and Olivia Foundation and Momento Virtuosi, a chamber ensemble of diverse ethnicity and instrumentation.

Born in QingDao, China, Yang studied in Central Conservatory with Professor Yaoji Lin in Beijing China and College Conservatory of music in Cincinnati with professor Kurt Sassmannshaus and Dorothy Delay. Under the extraordinary ability immigration program, Mr. Liu became an American citizen in 2014.

In addition to touring as part of the Yang and Olivia duo, Olivia (a.k.a. Dr. I-Hsuan Tsai) has appeared as soloist with QingDao Concert Hall Orchestra, Southern Illinois Symphony Orchestra, and Highland Park Strings. She was the staff pianist of world renowned Aspen Music Festival and Musicorda Music Festival in US, as well as artist faculty/performer of Oficina Music Festival, Curitiba Music Festival in Brazil and Algarve Music Festival in Portugal. In addition to performances, She currently serves as associate professor at VanderCook College of Music. Her book “Schubert’s Piano Trios” was published by Scholar’s Press in 2014. In 2018, she co-founded Yang and Olivia Foundation to promote cultural exchange via classical music between China and the US. Since the pandemics, the foundation dedicated its mission to embrace diversity, equality and inclusion, featuring presentations with Chinese and Taiwanese influence. Olivia has appeared in numerous music teacher’s associations and college music society’s conferences sharing music of Asian heritage.